Moving together to move mountains 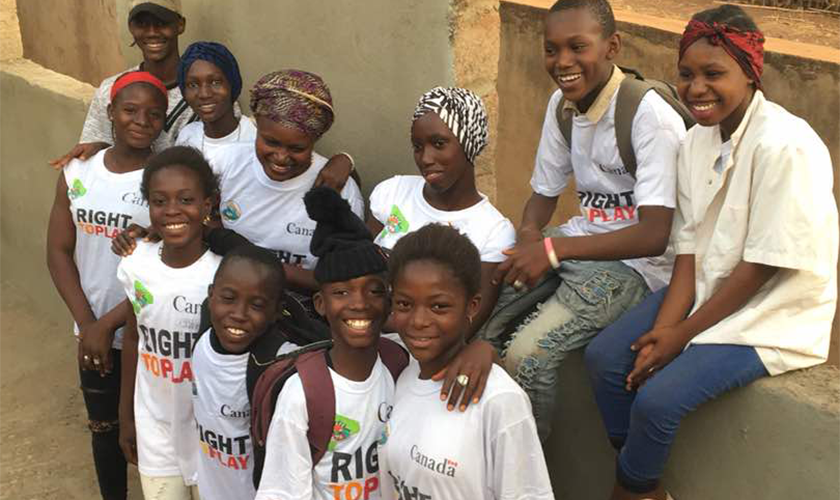 A group of Malian children stand huddled around the body of a young friend. She has just died in childbirth. It wasn’t so long ago that she was a baby herself, and now her life is over, the sad finale of a destructive childhood marriage.

The scene isn’t real. But for many children across Mali, it is a reality. And now, a band of bold Malian youth is speaking up for children’s rights and protection, spreading their message on different platforms, including live theatrical performances like this one.

This drama is the brainchild of the members of a Right To Play school club focused on child protection, educating participants on their rights and how to claim them. To these outspoken students, too many children’s futures are disappearing – through child labor in mines and farms burying any hope of attending school, through child marriage trapping countless girls in the cycle of submission, teen pregnancy and violence.

One of the group’s leaders, Ramata, speaks of a classmate married at 14: “Her husband is much older than her, so I worry about her.” Makamba, another club member adds, “The future is not rosy. The government should help our parents more, protect children and build more schools.” But years of entrenched tradition and desperate livelihoods have created a world where the young are expected to become tools for others, rather than advocates for themselves.

Those days can end, if you ask Ramata: “Now girls can refuse to get married. We’ve learned how to advise each other not to accept these marriage plans.”

The confidence to say “no” to entrenched tradition is just one of the crucial skills taught in the club. Members have learned to fully express themselves and portray complex social issues which resonate with their communities, especially their parents. Rights education has increased their understanding of injustice – and their conviction to tear it down. Team-building activities have helped solidify their power to move change by taking action together. As Ramata says, “I’m no longer shy in front of crowds. It’s easy to work as a team, speaking out together with one strong voice.”

The group’s performances are hitting home, sensitizing spectators to the issues around child labor, child marriage, and the value of education. “We use these plays to enlighten our parents about topics that are difficult to discuss at home,” says Ramata. As the child marriage play ends, the dead girl rises to emotional applause, mirroring the uprising of these young champions as they strive to carve a new reality – for themselves and the children around them.