"Sparkling eyes were everywhere" - An interview with Sonja Ringdal

Sonja Ringdal, delegate of the board of Right To Play Switzerland, experienced the performance of the «Music for Development» project live. We did not want to miss the opportunity to interview her about this special experience in Lebanon, during which 300 children braved the stage and made themselves heard in the centre of the vibrant capital Beirut.

«A HOPEFUL AND SOMBRE EXPERIENCE ALL AT ONCE, WHICH NOT ONLY DROVE TEARS INTO MY EYES, BUT ALSO INTO THOSE OF THE SPECTATORS AROUND ME.»

What was it like for you to see the children and youth from the Right To Play project together in action with the world-famous cellist Yo-Yo Ma?

Sonja Ringdal: That was undoubtedly a very special experience. The fact that they were on stage with a musical genius like Yo-Yo Ma probably didn't quite register with the children and was, in my opinion, also not the focal point of the closing performance of this project phase. Keep in mind that the children in this project belong to the poorest communities in Lebanon. Most of them are Palestinian and Syrian refugees, who grow up in the most cramped of spaces and in absolutely inhumane conditions. Many of them are severely traumatised by their past and the fact that they have left their familiar surroundings and lost family members, friends, or neighbours in the war. They must feel completely lost, both mentally and physically. For them, it was simply inconceivable that they would be given a voice, that someone would listen to them, let alone stand on stage with them for a performance.

But back to the question: For me, it was a moving, emotional, positive, hopeful, and sombre experience all at once, which not only drove tears into my eyes, but also into those of the spectators around me.

«Music for Development» is the first Right To Play project of its kind. What does it entail?

Sonja Ringdal: The children came together and found common ground in music during the yearlong project. Under the guidance of the youth coaches trained by Right To Play, they independently created and executed the messages, melodies, clothing, movements, choreography, and whatever else was involved. On the day of the final event, the children were extremely excited and yes, simply filled with huge joy and pride, sparkling eyes were everywhere. It was enormously impressive to see how self-confident these children, especially the girls, presented themselves at this event.

All musical performances contained important messages: For one, songs about school and a call to the teachers not to use corporal punishment anymore. The children also expressed in captivating and rap-like performances that child labour is unacceptable and that they do not want to be treated at a fraction of their worth because they, too, have something to offer the world. There were performances with a message of hope, of unity, and an appeal to adults that it must be possible to live together in peace.

It is self-evident that in this process the children have learned so much that is essential for their lives and for peaceful coexistence. Teamwork? Leadership? Creativity? Perseverance? Communication? Courage? Self-confidence? Empathy? What else?

«… they do not want to be treated at a fraction of their worth because they, too, have something to offer the world. »

What is the importance of music in Right To Play programmes in general?

Sonja Ringdal: Music plays an increasingly important role. Depending on the countries and cultures, the Right To Play coaches already work with a lot of music, singing, and dancing – regardless of whether the project aim is to improve the quality of education, healthier lifestyles, gender equality, peace-building, or child protection. Experience has shown that the targeted and increased use of musical activities in our programmes, especially in the areas of psychosocial support, coping with trauma, and promoting resilience, are very effective.

The concert took place on a busy street in the centre of the capital Beirut. How did this appeal to people?

Sonja Ringdal: The audience was visibly touched. It was a bit of a pity that there were not as many spectators as I had imagined. This was partly because our colleagues in the local office had little to no marketing resources and instead focused exclusively on the programme work. Additionally, a militia in the country had to deal with the defence against two enemy drones from the neighbouring countries the day before. Their leader addressed the people via television right at the time of the concert. This is regrettable, but at the same time, it illustrates the grim reality of these people and children.

What will happen with the «Music for Development» project?

Sonja Ringdal: At present, the continuation of the project is not yet 100% guaranteed, that is, the necessary financing is not yet secured. So if anyone wants to know more about this amazing and important project and wants to make financial resources available (or knows someone who might be interested in doing so), you are in the right place with me and my colleagues in the Swiss office. "Giving a voice to the voiceless," ... we should be able to achieve that together, shouldn't we?

What did you take away from this special experience?

Sonja Ringdal: What I take with me are the emotions. They are feelings of melancholy and optimism at the same time, but also of hope and reaffirmation that - if we want to - together and with perseverance we can make the world a better place for these children and their communities. 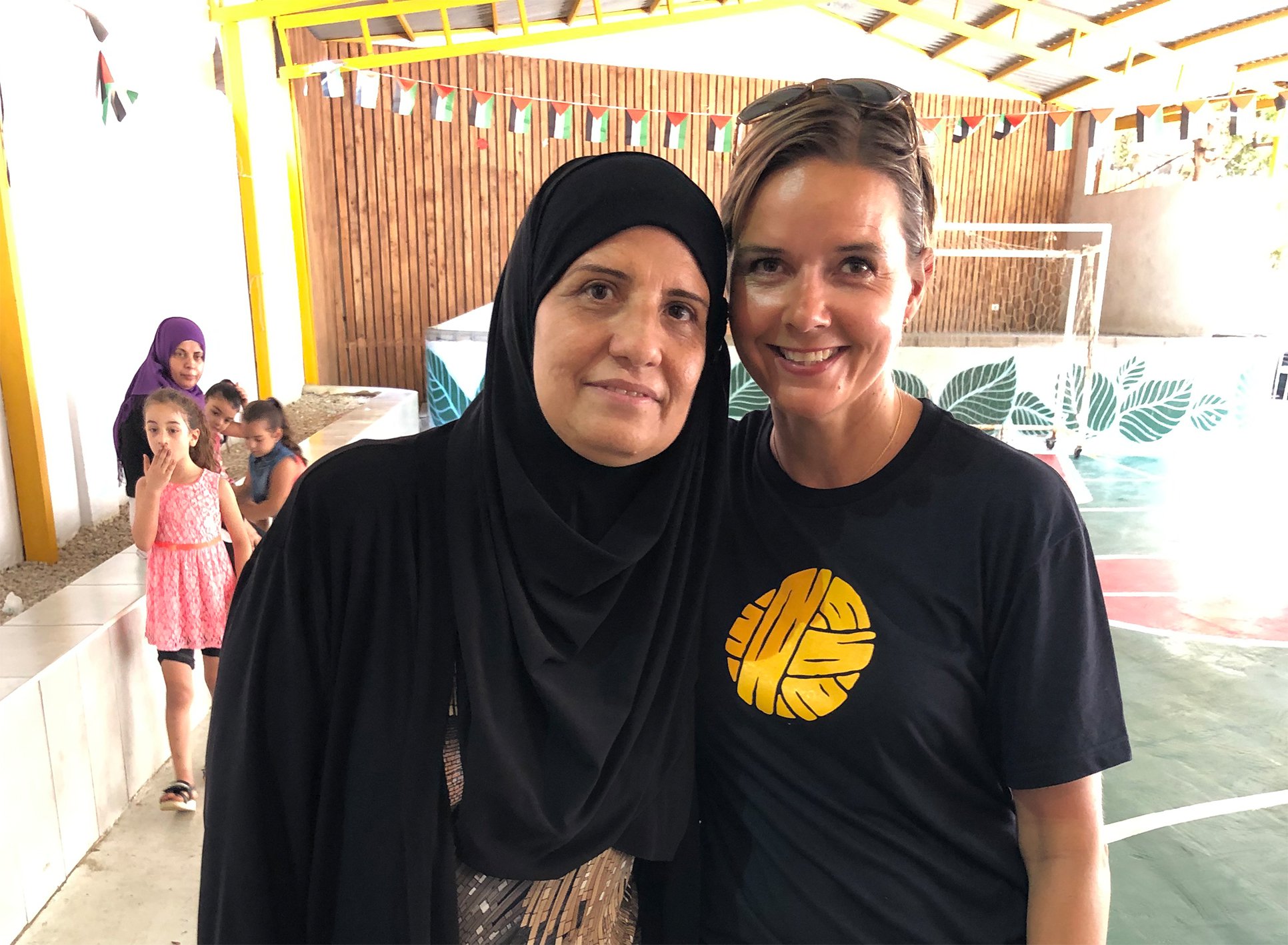 Sonja Ringdal, delegate of our board (r.) with Fadia Loubani, Founder of the Abnaa Kassam Kindergarten at Burj Barajneh Refugee Camp in Lebanon
By continuing to browse or otherwise use our site, you agree to the storing of cookies on your device to enable the functions of the website and for tracking performance as described in our Data Protection and Privacy Policy. I Agree